Are you planning to retire to Southern Europe and doubting between Portugal or Spain? In this article, I’ll explain why Portugal is slightly better to retire to than Spain.

In general, Portugal is better to retire to than Spain. Portugal’s winters are mild, and summers are warm, which makes it perfect for staying year-round. Winters in Spain can be wet and cold. The cost of living in Portugal is lower compared to Spain. Portugal’s NHR tax program offers non-residents favorable taxes for 10 years on income earned abroad from pensions and other income sources.

We lived in Portugal and Spain for several months during our travels around the world. Also, we met a lot of retirees spending their retirement in both Portugal and Spain. Both countries are lovely to live in. So let’s dig in deeper and find out why Portugal is more favorable to retire to.

Just a heads up, this post contains some affiliate links. As an Amazon Associate, I earn from qualifying purchases. Purchases you make through these links may earn us a small commission, at no extra cost to you.

Most people retire to the most Southern European countries because of the climate. The Mediterranean climate is known for its pleasant weather. When comparing the weather between Spain and Portugal all year round, Portugal is definitely a winner for retirees.

The southern region in Portugal, the Algarve, is known for its very mild winters with an average temperature of 16 degrees Celcius (66 Fahrenheit) during the winter month and not much rain. December is the wettest month and has an average of just 12 days of rain in the Algarve region.

The Metropolitan region of Lisbon and the area of Porto in the north of Portugal also have a mild climate. However, winters can be much colder with more rain and sometimes even snow in these regions.

Spain is known for its warm summers, and with its long coastline, there are many places to find which are ideal for retirees to spend their time. However, the winters in Spain are much colder.

Of course, Spain is a much bigger country than Portugal, so it also has more different climates, depending on where you are. And suppose you like a more winter setting with a chance of snow. In that case, you probably are more likely to prefer the mountainous areas of Spain instead of the warmer Portugal.

Still, the reason for most retirees to move to a different country is the pleasant climate. And with that in mind, the most southern region of Portugal is the big winner.

Cost Of Living In Portugal Is Lower

Portugal is better to retire to when comparing the average cost of living. Portugal’s average monthly cost of living is $ 250 a month cheaper than Spain’s. It’s another important reason for many retirees to choose a specific country. You just want to get the most out of your pension or retirement fund!

The Lisbon area is the most expensive in Portugal, which is logical because it is the most popular among expats and the heart of Portugal’s economy.

However, the Algarve region, the most popular among retirees, is very cheap to stay. Depending on which village in the Algarve area, you’ll have enough on a monthly budget of around $ 2000. You can even find cheaper places when you look for more undiscovered villages. For example, Tavira is becoming more popular every year and is known as the best place to retire to in Portugal. A monthly budget of $ 1500 can cover all the living costs in Tavira, including renting a small apartment. Read more; What Is The Best Place To Retire In Portugal?

When you choose to live in more remote villages, like half an hour drive from the more popular areas, your living cost will be much lower. According to Livingcosts.org, Portuguese citizens have a cost of living of $ 967 a month per person.

The average living costs in Spain are much higher per person, $ 1215 a month. However, these costs can vary greatly depending on where in Spain you choose to retire to. For example, the Barcelona area is one of the most expensive areas to live in Spain. But the famous region Costa Brava, which is only 60 kilometers from Barcelona, is much cheaper and very popular among retirees.

Portugal Has A Better Tax Climate For Retirees

When someone says you can save on taxes, you’re probably all ears and like, ‘tell me more!’ When you retire to Portugal, there’s a favorable tax program you might be eligible to apply for, Portugal’s NHR program. This program is one of the biggest reasons why Portugal is better to retire to instead of Spain.

Since 2020 the rules of the NHR have changed. The most significant change is that retirement income like pensions is tax rated at a flat rate of 10%. Which is still a very low tax rate compared to other countries.

To be eligible for the NHR, you must either be a Portuguese citizen or an investor in Portugal. Global Citizen Solutions has a complete guide on how to be qualified and apply for the Portuguese NHR.

VISA application in Portugal is Easier

For NON-EU citizens, it might be more interesting to retire to Portugal because the registration process to become a resident and get a Portuguese passport is easier. With an EU passport, you’re allowed to travel without restrictions in the Schengen Area. Most people without an EU passport are only allowed for 90 days in the EU. So, suppose you want to spend like 6 months or longer in Portugal or Spain. In that case, it’s probably interesting to register as a resident.

Mediterranean Culture in Both Countries Is Great

As I mentioned at the start of this article, we lived for several months in Portugal and Spain. We had a great time in both countries. Portugal is our favorite during the winter months because of its climate. We’re actually spending a lot of our winters in the Algarve.

When all of the above isn’t a factor for you when deciding where to retire to, I would say there isn’t much difference between the two countries.

The culture is similar. People love to spend time outside, and life is generally slow. Getting good food, spending time with friends and family is important in both Portuguese and Spanish culture.

Generally speaking, Spain has a bit more to offer regarding culture, different lifestyles, and communities. This has a lot to do with the fact Spain is much bigger than Portugal. When traveling throughout Spain, you’ll find a beautiful coastline, mountains, green areas, and different metropolitan areas.

Portugal has basically three different popular areas. The southern area of the Algarve (which is most popular among retirees), the metropolitan area of Lisbon, and the famous green area of Porto (where you’ll find lovely wines and port).

I would say Portugal is better to retire to because you get much more value for your money as a retiree. And once you’ve registered as a Portuguese resident with a Schengen passport, you’re allowed to travel without restrictions to Spain and other EU countries as well.

I'm Kirsten. In 2017, my husband Léon, and I decided to retire from the rat race to travel the world and work and live location independently. In the last couple of years, I wrote over 100+ articles about retirement and did extensive research to help people prepare, enjoy and celebrate retirement in the best way possible.

link to 11 Reasons Why A Watch Is A Good Retirement Gift!

Continue Reading
link to What To Say At A Retirement Party: Unique Wishes & Examples

As early retirees, we love to share tips and tricks about how to make your retirement the best chapter of your life. And how to celebrate this major life achievement. Retirement Tips and Tricks is the ultimate resource for retirees and for friends, family, and co-workers of retirees.

“We help people learn how to prepare, celebrate, and enjoy retirement in the best way possible.”

Retirement Tips and Tricks is a product of KOALEKI CREATORS V.O.F. and is a participant in the ShareASale, Commission Junction, and Amazon Services LLC Associates Program, affiliate advertising programs designed to provide a means for sites to earn advertising fees by advertising and linking to Amazon.com and other websites. Retirement Tips and Tricks also participates in affiliate programs with Booking.com, Rentalcars.com, CruiseDirect.com, TripAdvisor, Adsense, and other sites. We are compensated for referring traffic and business to Amazon and other companies linked to on this site. 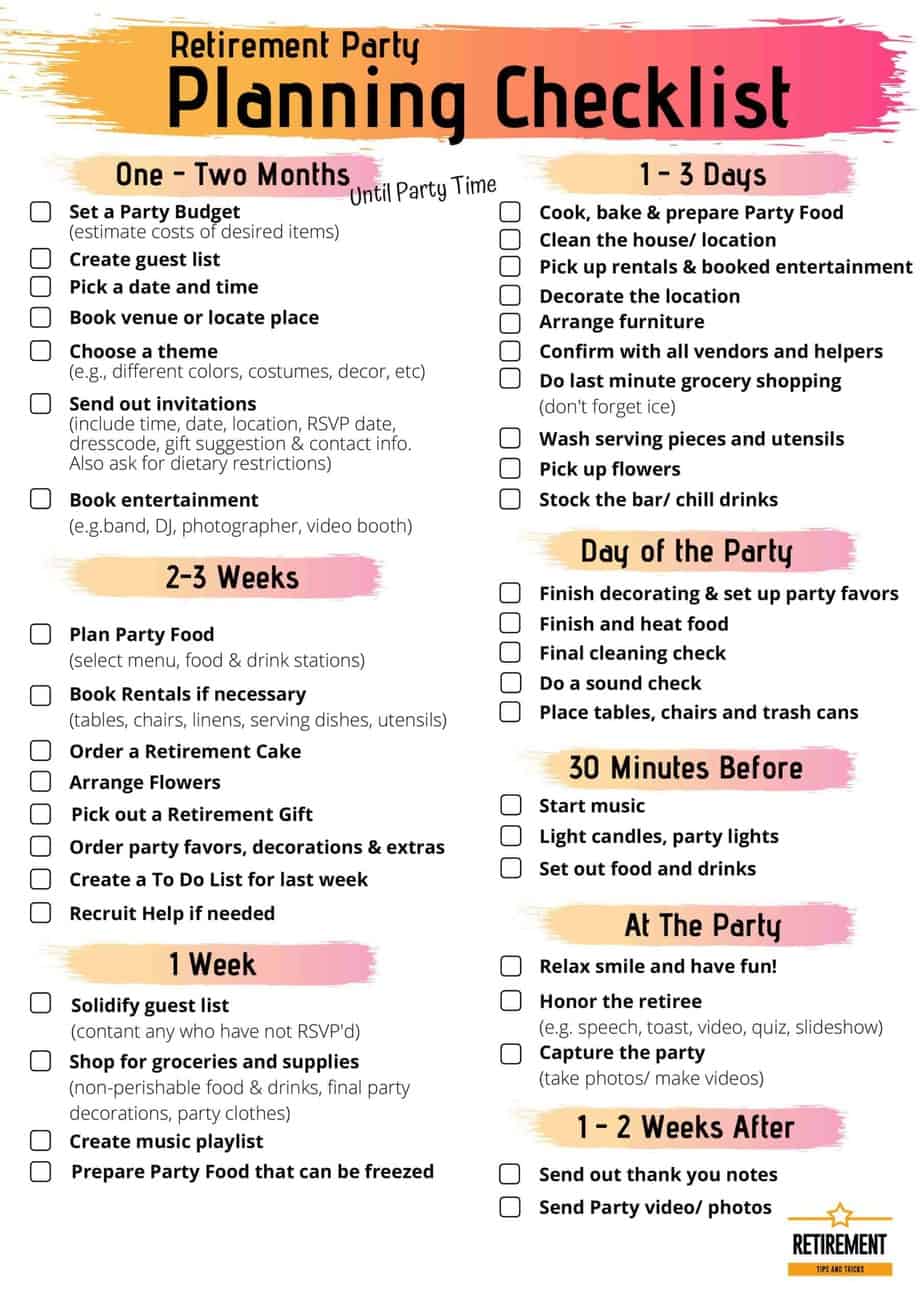